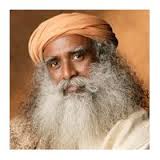 Sadhguru is the founder of Isha Foundation

How To Be Calm in Every Situation

You are Not Your Mind

The End of Birth and Death

Existence is One Energy

Born in Mysuru, Jagadish (Sadhguru) was the youngest of four children – two boys and two girls. His father was an ophthalmologist with the Indian Railways and as a result, the family moved frequently. At the age of 12, he came in contact with Malladihalli Sri Raghavendra Swamiji who taught him a set of simple yoga asanas, the practice of which he regularly maintained. He states that "without a single day's break, this simple yoga that was taught to me kept happening and led to a much deeper experience later."

At the age of 25 on 23 September 1982,he rode up Chamundi Hill and sat on a rock, where he claims to have had a spiritual experience. He describes his experience as follows:

Till that moment in my life I always thought this is me and that's somebody else and something else. But for the first time I did not know which is me and which is not me. Suddenly, what was me was just all over the place. The very rock on which I was sitting, the air that I breathe, the very atmosphere around me, I had just exploded into everything. That sounds like utter insanity. This, I thought it lasted for ten to fifteen minutes but when I came back to my normal consciousness, it was about four-and-a-half-hours I was sitting there, fully conscious, eyes open, but time had just flipped.

Six weeks after this experience, he left his business to his friend and travelled extensively in an effort to gain insight into his mystical experience. After about a year of meditation and travel, he decided to teach yoga to share his inner experience.

In 1983, he conducted his first yoga class with seven participants in Mysore. Over time, he began conducting yoga classes across Karnataka and Hyderabad traveling from class to class on his motorcycle. He lived off the produce of his poultry farm rental and refused payment for the classes. A usual practice of his was to donate the collections received from participants to a local charity on the last day of the class.

In 1994, he conducted the first program in the premises of the newly established Isha Yoga Center, during which he described the Dhyanalinga. The Dhyanalinga is a yogic temple and a space for meditation, the consecration of which, Jaggi Vasudev stated was his life's mission entrusted to him by his guru. In 1996, the stone edifice of the linga was ordered and arrived at the ashram. After three years of work, the Dhyanalinga was completed on 23 June 1999 and opened to the public on 23 November. The Dhyanalinga offers a meditative space that does not ascribe to any particular faith or belief system.